I’m reading the usual travel blogs and, all of a sudden, traveling doesn’t seem that adventurous anymore. Unless it involves close encounters with twisters. Or forest fires: “There were so many forms within the smoke-tinted cloud that it was difficult to pick a single area to photograph, but what repeatedly caught my attention was this curling curtain of cloud that appeared to be releasing sheets of precipitation.” But then again, maybe what I need is a sense of adventure. Walking around Chesterfield after dark and, all of a sudden, I’m drenched. Terrorized by giant sprinklers. 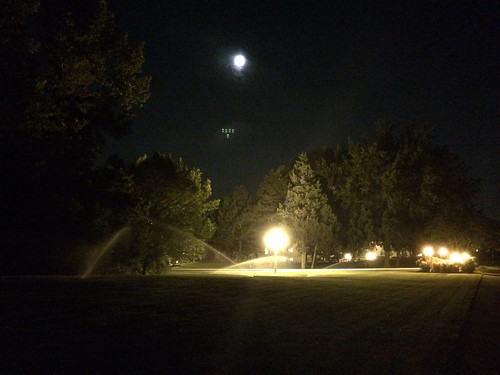