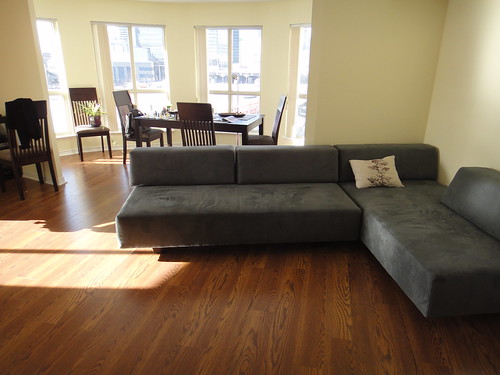 When I bought the condo, there were two places that I seriously considered. The other one was close to Kensington Market, which I love, but it only had one bathroom. In the end, I decided that having two bathrooms is critical.

Another thing I love about my place which I did not consider at the time is the kitchen. Open kitchens look lovely but the fact that I like to sear everything and he doesn’t like the smell makes our kitchen perfect. 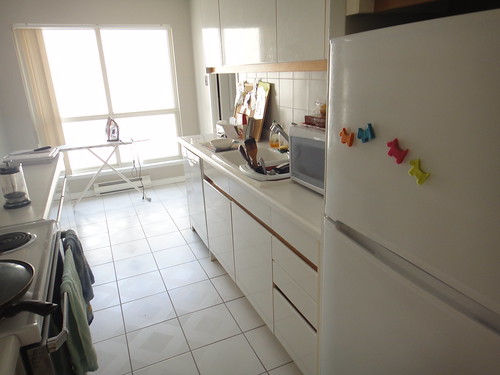 In the end, we decided to separate the den using glass sliding doors