So we saw The Shining at Fox Theatre last night to celebrate Holloween. Although I love the moody first half, it’s hard for me to pretend to not be completely frustrated by the second half. If Jack is supposed to be a reincarnation of a killer, shouldn’t he have learnt something from prior experience and be somewhat good at it? James was enthralled. It’s one of his favorite movies.

Two weeks ago, we saw The Martian at Market Square. Although he loves Ridley Scott’s early films, James felt it was “too close to reality”, almost like “watching a movie about an actuary”. And he speaks from experience. He saw About Schmidt because he loves Jack Nicholson. I probably would have like it better if it turns out that the entity brought back to earth was not actually Matt Damon but a visitor a la Solaris. Nevertheless, I thought it was a blast!

For me, the most horrifying part of The Shining is that it brought back memories of this time when I lived with a girl whose boyfriend hit her. I want to try to be empathetic but hearing her making excuses for him over and over again drove me crazy so I eventually stopped talking to her. Hence, I did feel connected to the story and a sense of relief washed over me at the end when Wendy and Danny were able to escape.

In conclusion, if you find yourself stuck on Mars or in a bad relationship, keep trying and you will survive. 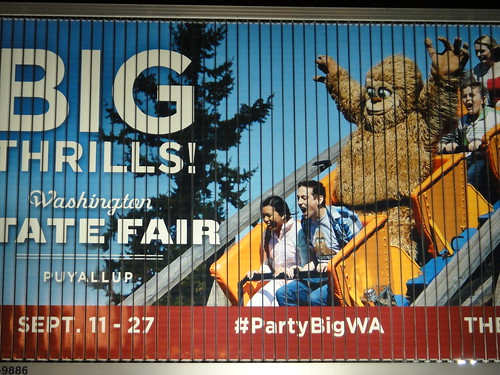