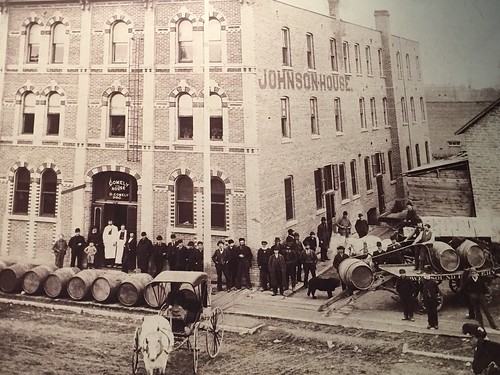 i++ Gray Roots Museum with his parents to see “Saints & Sinners: A Spirited History of Grey County” (picture above)

i++ Jordon St John’s Tour with Tiffany & Faisel: “I had finished my Heritage Toronto walk on the Lost Breweries of the old city, the third of four for the summer, and had managed to remember nearly all of the regular talking points. Headed east over the Don, I was kicking myself for confusing the High Park Johns. Surely John Howard lived in John Colborne’s Lodge. I should have known that. My high school operated on a house system and I was IN Howard’s for God’s sake. It shouldn’t have been that hard to remember, but in the moment, in the direct sunlight, with a crowd of a couple of dozen ticket holders watching, you can misspeak”