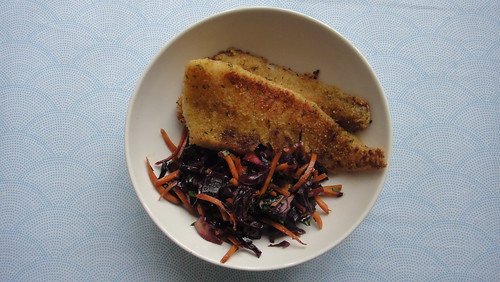 He is officially on a low sodium diet so I’m trying to reinvent our favorite recipes. For example, instead of parmesan crusted sole, I’m thinking break crumbs + lemon peel + lemon oil. Add
red cabbage slaw and we have a fish taco bowl.

Even without new constraints, I’m not a fan of redoing the same thing. The problem is that it’s never as good. Not because it’s actually less good but we can always find something wrong when there exists a basis for comparison.

Me: I wander what I should make for my dad’s birthday
Him: Why don’t you make that sesame-crusted tuna he liked
Me: But I already made it once

Use #lemons instead of salt to flavor your dishes & you can cut sodium by as much as 75%. Learn how: https://t.co/vjanGw3nCS #Salternative pic.twitter.com/QdQJoojrdH