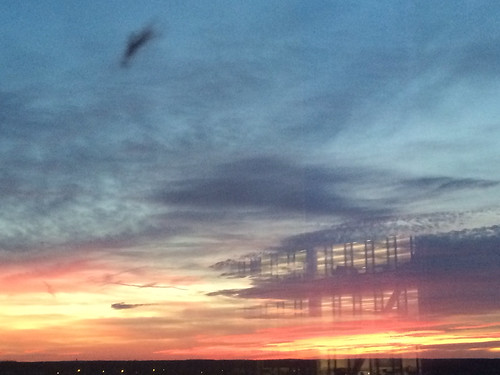 Two years ago, when I took this picture, I thought: Is this how birds feel looking into a building? Is this how Nabokov felt when he wrote the first two lines of Pale Fire?

Today, I asked him: What was your favorite scene from Blade Runner 2049?
He said:

Like Blade Runner, Blade Runner 2049 is about whether or not the protagonist is human. But really, if one who reads Nabokov, with feeling, is not human, what does it even mean to be human?

I don’t want to jump to conclusions after seeing this film once but it’s got that slow burn that allows me to think about what I’m thinking about while I’m seeing it for the first time. It has the awesome style of Arrival (duh same director), the awesome plot of the Matrix, the awesome architecture of Gattaca and the awesome instinct of 2001: A Space Odyssey … When people try too hard to grasp the truth, they find themselves bound by narratives created by others.