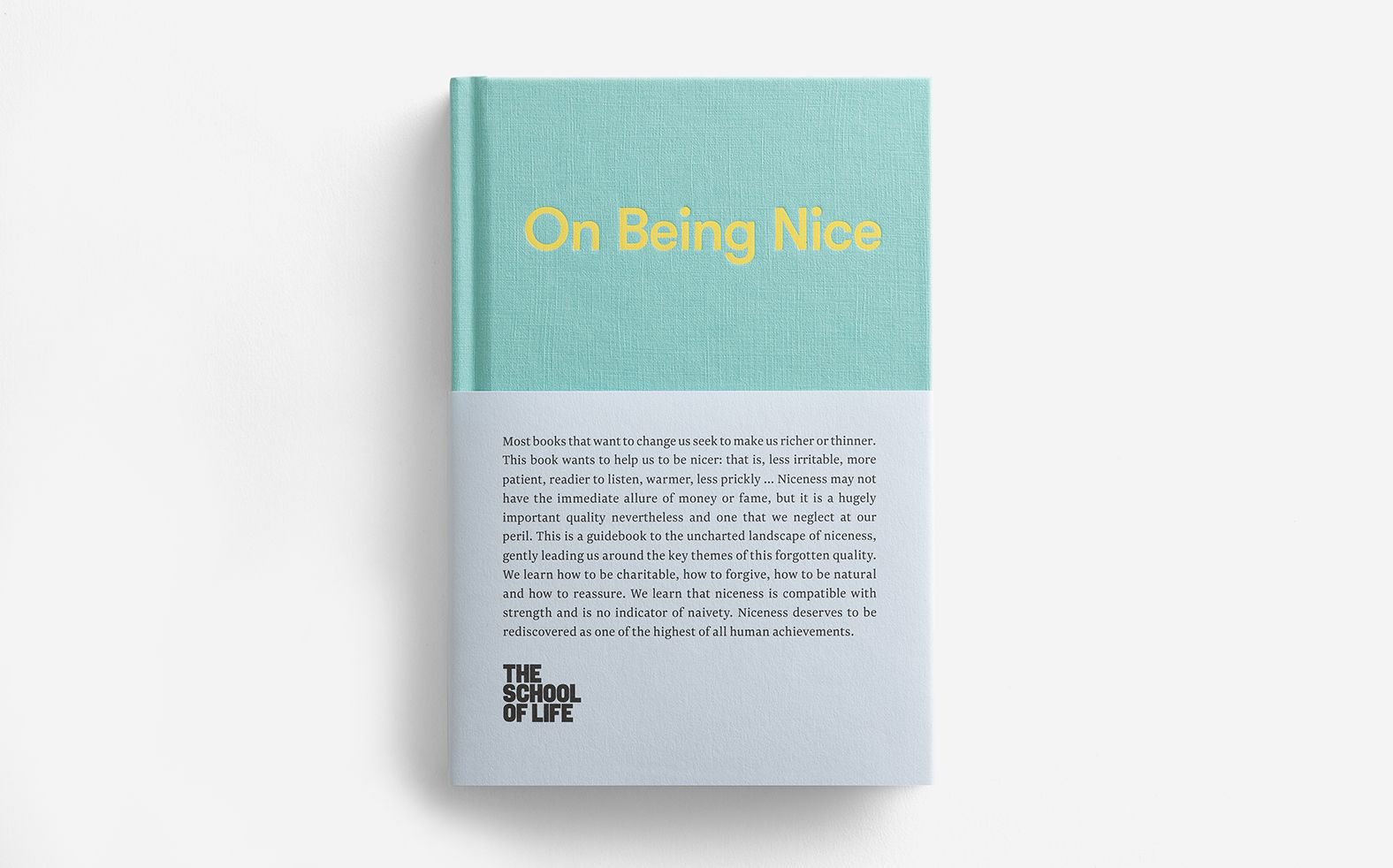 small children sometimes behave in stunningly unfair ways: they scream at the person looking after them, angrily push away a bowl of animal pasta, throw away something you have just fetched for them. But we rarely feel personally agitated or wounded by their behavior, because we don’t assign a negative motive or mean intention to a small person. We around for the most benevolent interpretations. We don’t think they are doing it in order to upset us. We probably think that they are getting tired, or their gums are sore, or they are upset by the arrival of a younger sibling. We have a large repertoire of alternative explanations ready in our heads, none of which leads us to panic or become agitated

this is the reverse of what tends to happen around adults. here we imagine that people have deliberately got us in their sights. if someone edges in front of us in the airport queue, it’s natural to suppose they have sized us up and reasoned that they can safely take advantage of us. They probably relish the thought of causing us a little distress. But if we employed the infant model of interpretation, our first assumption would be quite different: maybe they didn’t sleep well last night and are too exhausted to think straight; maybe they’ve got a sore knee; maybe they are doing the equivalent of testing the boundaries of parental tolerance: is jumping in front of someone in queue playing the same role as peeing in the garden? Seen from such a point of view, the adult’s behavior doesn’t magically become nice or acceptable. But the level of agitation is kept safely low. It’s very touching that we live in a world where we have learned to be so kind to children: it would be even nicer if we learned to be more generous towards the childlike parts of one another